Edgar Allen Poe, Puppetry, Commedia, Script and SongProv.  It is a year of fun, variety and challenges to help you strengthen those impro skills.  Have a look and mark them in your calendar! 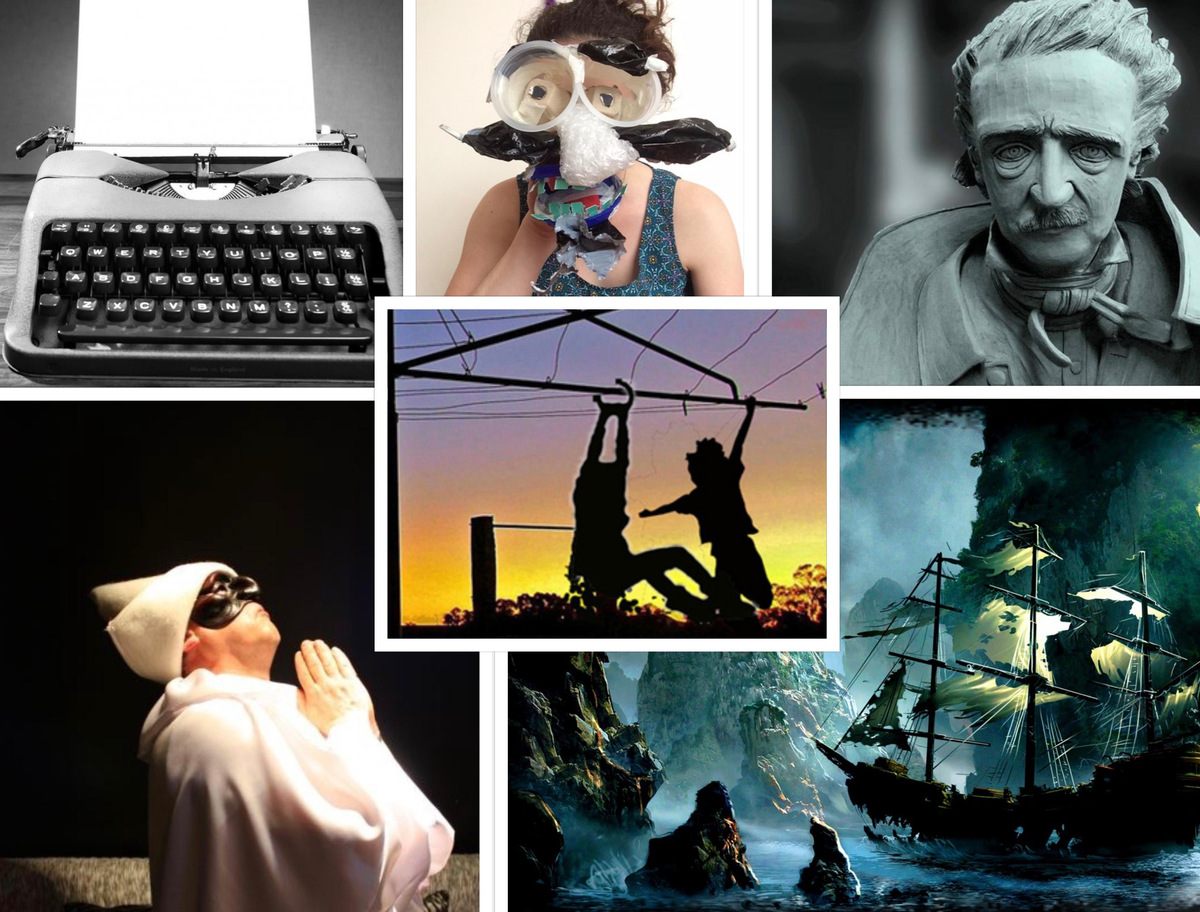 POE-ETIC- Come To The Dark Side SOLD OUT

POE-ETIC: Come to the Dark Side. This performance series delves deep into the world of the Victorian Gothic and the work of Edgar Allen Poe. Mesmerism, the dark arts, the thin veil between life and death and the Seven Deadly Sins are a rich source of storytelling, atmosphere and character. Over this series, participants will explore the world of the Gothic, creating characters, playing with secrets, confessions and the art of dying horrifically on stage. We will also be exploring the art of the ‘storyteller’, narrating stories in the Gothic style, using both the internal narrator and outside director techniques. Participants will learn how to apply this genre to short form play as well as exploring a new narrative long form: POE-ETIC.

Note: no performance component for this class.

La Commedia Dell'Arte (Italian mask theatre) is where theatre meets impro and they elope to the circus on a runaway train, pursued by an enraged landlord.  We will play with the physicality, definition and interaction of the traditional characters. We will use full mask and trance mask technique but with traditional leather masks. Each session will be supported by movement, staging, story-telling and performance exercises.  The masks and broad characters help embolden and simplify the performers choices. As a style, Commedia captures the immediacy of the improviser's spirit while extending the cheekiness of the story risks and the physicality of the characterisations.

Before we begin, answer this question: What really matters to you?

In “Play it like a Playwright” students will be given the first three pages of a never before performed play. They will do a cold-read of the play and then improvise the rest.

Character, pacing, silence, sub-text, stage picture, entrances and exits, all the things a playwright engages to create tension and release in their work will be in the hands of the improvisers based on those first three pages.  Students will develop a deeper understanding of character desire, conflict and scene beats. They’ll learn to think like a playwright, but critically, also learn how then to turn that brain off and play hard with the discoveries.

Storytelling through Puppetry and Object Manipulation

One man’s junk is another man’s treasure, so the saying goes. In this workshop we will be transforming, manipulating and playing with everyday objects, junk and bits and bobs to create unique stories, characters, worlds and moments of wonder.  Participants will learn basic puppetry skills, object manipulation and ways of weaving this type of work into their scene work. There will be a sense of group creation in some moments and therefore a need to develop and hone skills in whole body listening. Participants will be able to create characters, environments and worlds to enable their stories and scenes to come alive in a way we don’t often see in ‘regular’ improvisation.

Note: this will not be using pre-made puppets or traditional puppets but learning to animate objects through puppeteering.

In songprov, we often go big. Huge characters in huge stories who sing their wants and dreams.

But what about the small stories? What about the intimate, domestic stories? What about our stories?  Us Australians.   Stories of that bloke over the back-fence, that kid with that bike at the milk-bar, the sort-of aunt who really wasn't an aunt, the drinkers, the trouble-makers, the peace-makers and the larrikins who populated our streets, kitchens and verandas.  This is a term our own unique Australian take on things and how the tiniest moment from our lives and worldview can be the kernel for songprov of the highest order.  Over nine weeks, students will be guided through song types and their structure, the value of simple lyrics and emotional clarity, tonal training and how with just a single, committed idea, entire worlds can be created. It culminates in a performance of, "Fibro & Fences", an improvised musical created from Australian hearts.