We went to RADelaide!

We sent Jak, Brenna and Jamie over to investigate this Mad March and see if we could make it just that little bit madder.

Everything, from Clipsal car racing to the impressive Adelaide Festival is going on - and everywhere in the middle, Adelaide Fringe. And in the middle of that - the 2nd National Maestro Impro™ Games, hosted by On The Fly Impro.

Jaime and I road-tripped across on the day and arrived at Adelaide Oval just before it was time for all the performers to meet and see the venue. Brenna joined us, and we were shown up to level 5, where the Adelaide Fringe team had done the incredible and transformed the whole level on the stadium into a mini-festival hub. Food stalls, singers and dance stages gave “Live On 5” a buzz of excitement.

Imagine our surprise when we were shown through to the stadium stage and told that this is where we’d be performing! 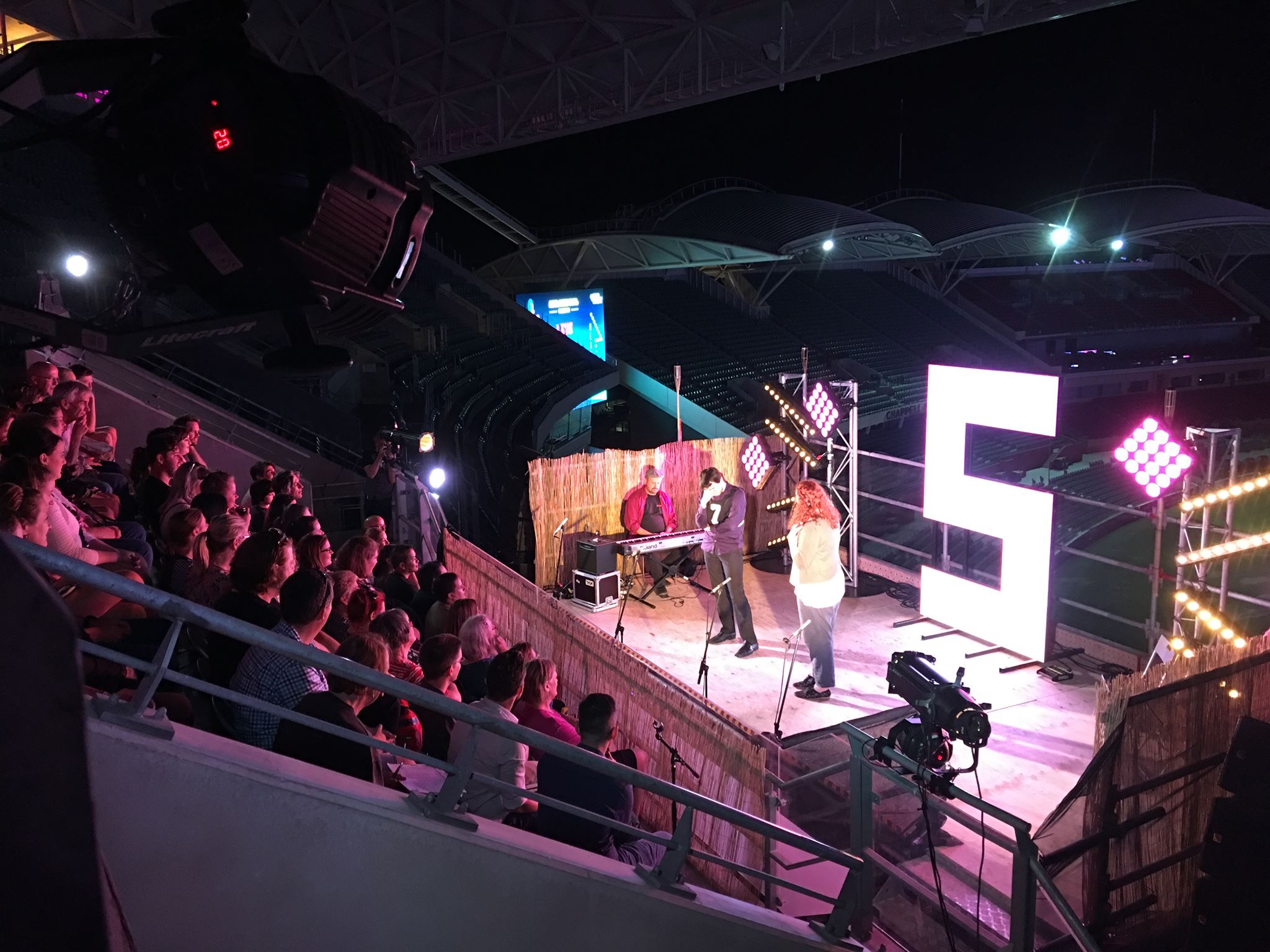 We met with players from Sydney, Perth and Brisbane, as well as with Adelaide’s own performers who had fought through elimination rounds to make it to the Finals - for some of us it was a reunion after not having seen each other in some time, while for others, it was a chance to meet for the first time! 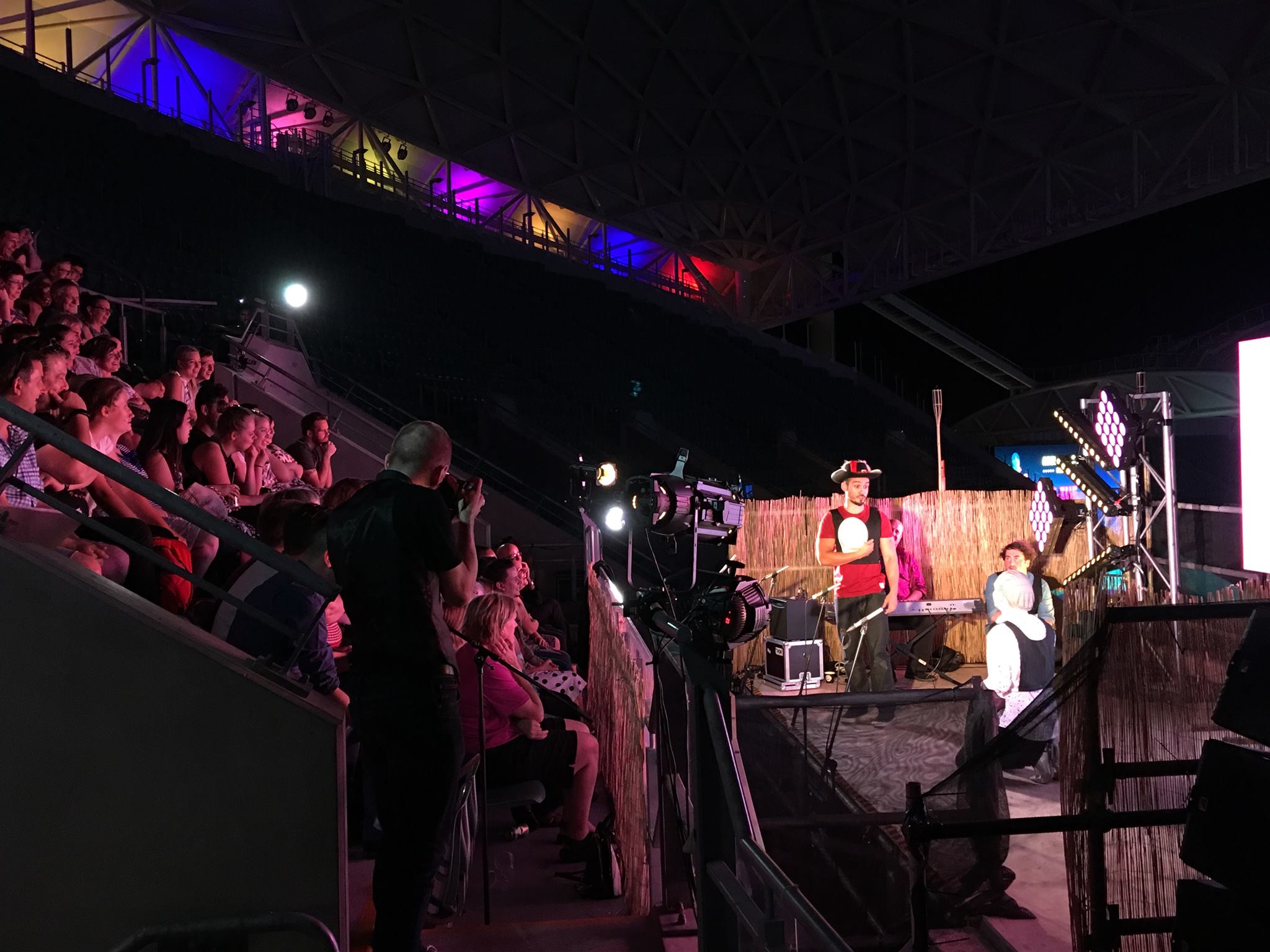 With an audience of over 100, the event itself was hotly contested from the beginning. The Adelaide performers were hometown favourites, but all of the out-of-towners gained affection as the show went on, featuring some excellent singing, rapid exchanges of wit, as well as some more grounded scene work. Beautiful moments included Brenna and Jarrad (Adelaide) reaching for each other across the entire audience, and Jaime’s daring in the final show-down Hat Game.

The following day, all three of us were invited to perform by Impro NOW! in Theatresports™ - Clash of the Titans, where groups from around the Adelaide Fringe Festival came to improvise in the hope of claiming the Titan Cup! Baby Wants Candy (America), Hall and The Bang (Perth/Sweden), The Mighty Little Puppet Show (Melbourne) Sydney Opera Mouse (Sydney) and The Tourists (Brisbane/Melbourne) all vied for the Cup, with Baby Wants Candy winning it with one of their epic musical numbers. 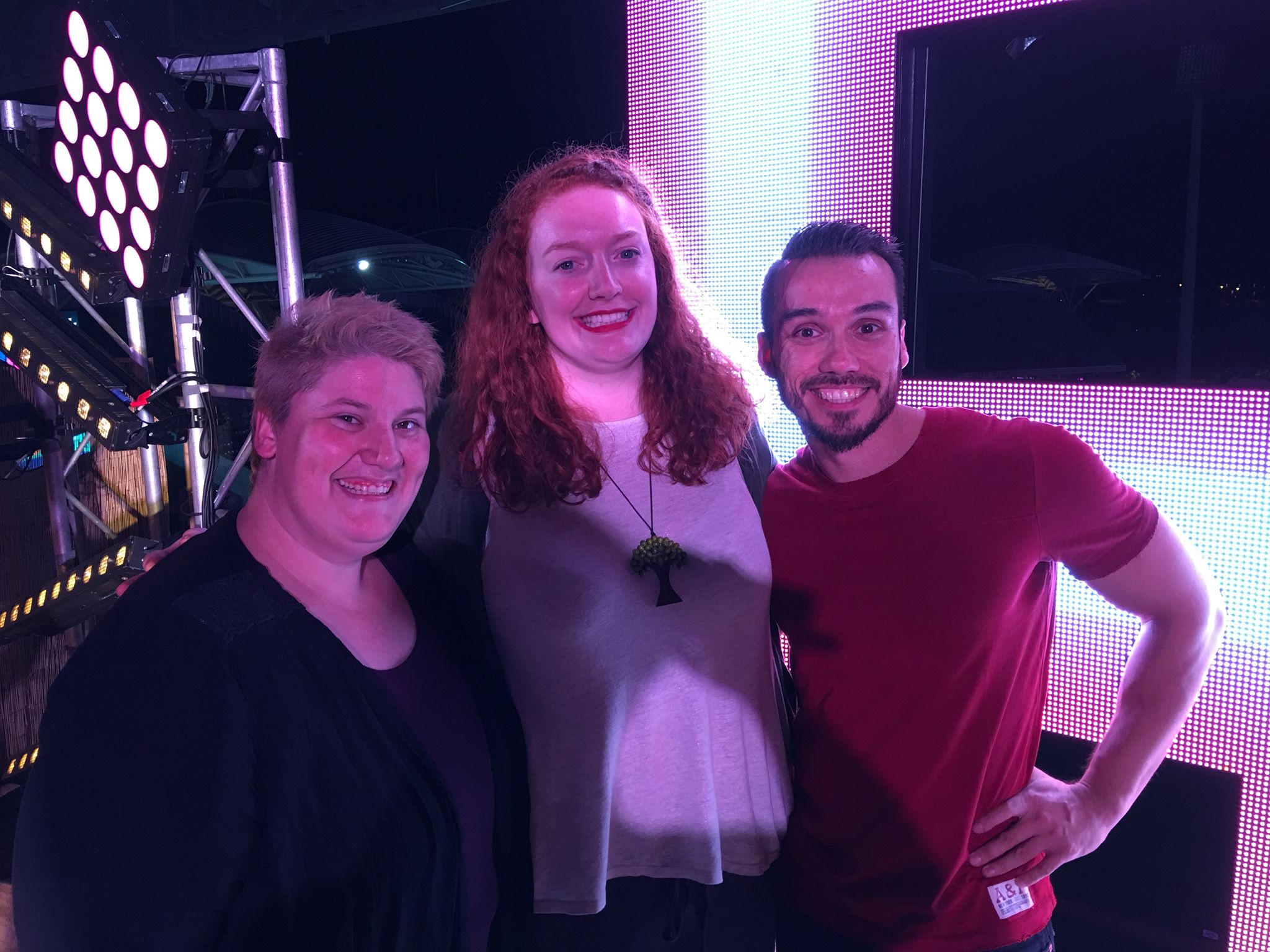 Not only was it an honour to be asked to represent Impro Melbourne at the Nationals, but it was a whirlwind weekend of reunions, conversations and fantastic performances. Thanks for having us, Adelaide!