Existentialist duels between moonshiners, a father instructing his daughter on the legacy of piano accordion salesmanship and “do not knock” signs, and a dystopic interpretation of a Chekhov masterpiece, such was the tale of show 4 of Grand Theft Impro. 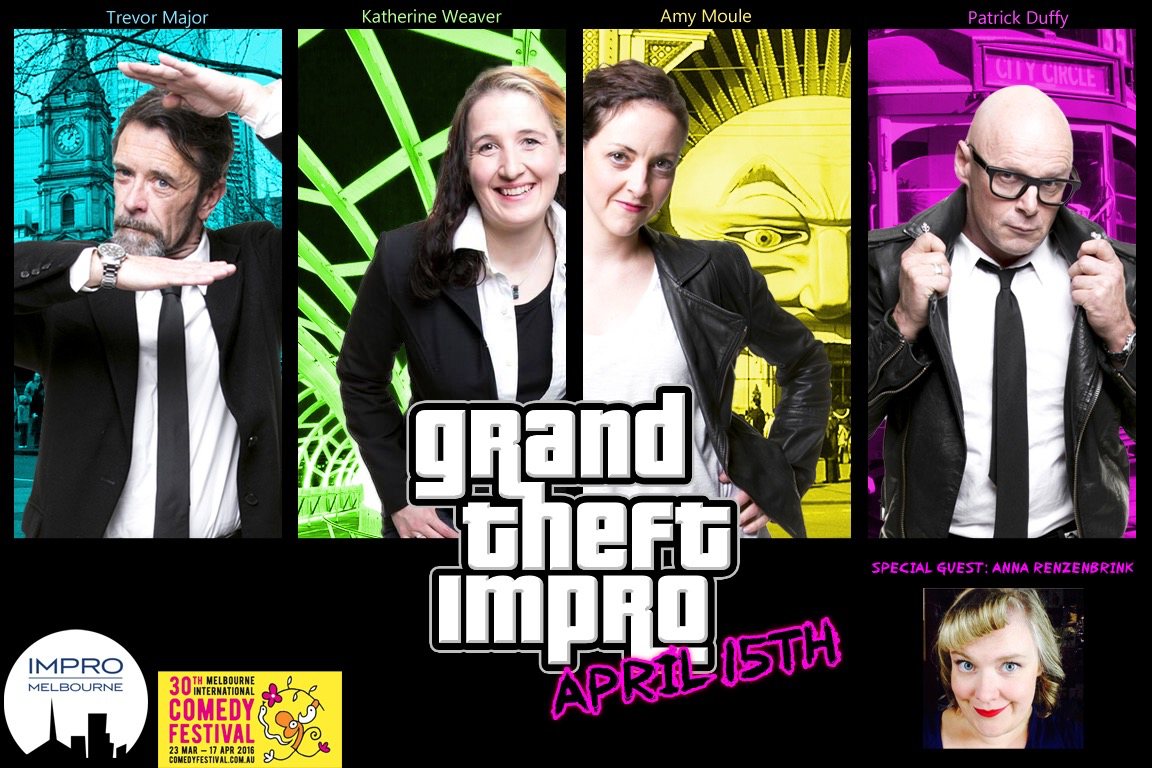 They made it through 8 of the 10, with paradoxical palindromic monologues on olives, Somme trench sing-songs, sexy sexy dentist times, stolen pens from despot’s cupboards, and wandering naked wizards, but we will never indeed know how elves speed date or what that smell was.

But the bonus redemptive Rama Nicholas love song to a monster (Flores or course) received a final ‘thumbs up’ and a boisterous audience went home well voiced.