Last year Impro Melbourne invited 8 talented individuals join our company as Rookies. We were delighted to have them hit the stage this Maestro™ season.

Let me introduce you to these wonderful people! 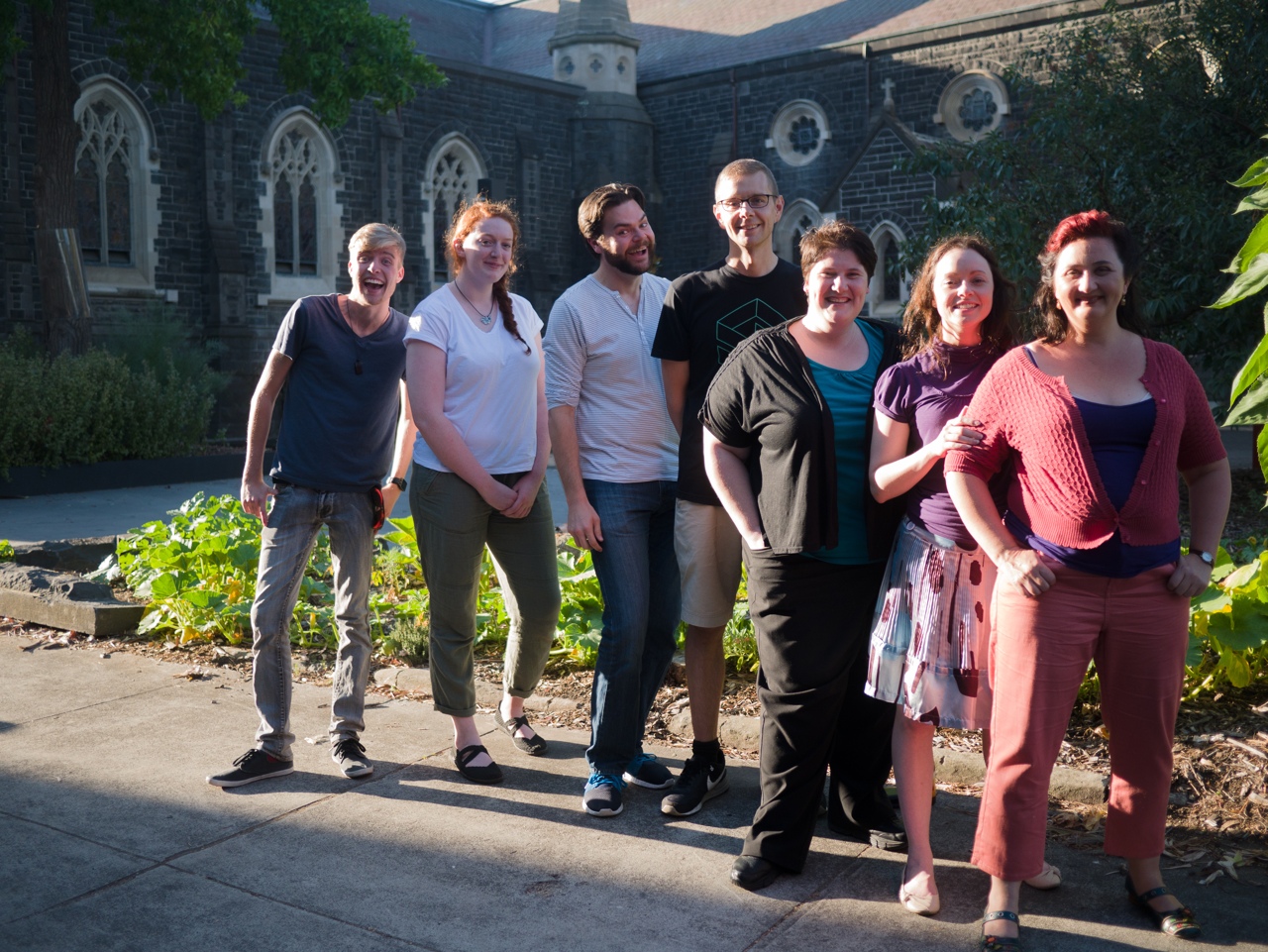 From left to right we have:

Jackson, along with his improvisation training at Impro Melbourne, has 4 years of various stage and screen acting training. He also performs with Interrobang (formerly Exploding Heads Impro).

Brenna has worked for two years for 'Murder on the Puffing Billy Express', an improvised murder mystery on the historic Puffing Billy train in the Yarra Ranges, She is also currently enrolled in a Bachelor of Performing Arts at Monash Uni.

Ben has studied, trained and performed as actor for over 15 years. He took a course with Impro Melbourne last year that kick started his improvisation journey. He is also an accomplished singer.

Shannon started improvisation by taking Impro Melbourne classes. He also has an extensive history in animation. He believes listening and coming in with a positive attitude is very important in improvisation.

Jak is an improviser as well as a creator and director of many improvised shows that have been performed in Australian festivals. She also speaks Japanese and has one of the world’s greatest laughs.

Amy C has been training with Impro Melbourne since March 2013,
She has studied, trained and performed as an actor for 13 years. Prior to this she was a dancer for 15 years.

Melissa played with Impro Melbourne back in 2007 before moving to Adelaide where she played with our sister company On The Fly. She has trained at the Adelaide Centre of The Arts, the Deakin University Drama School, and Flinders University.

Neil (not pictured) started improvisation by taking Impro Melbourne classes. He has formal applied behavior analysis training, and years of study in neuroscience studying mental illness. This has been invaluable training at reading people's thoughts and feelings, and reacting to them (vital for impro right?).