There’s a saying in impro, “The beast has arrived.” 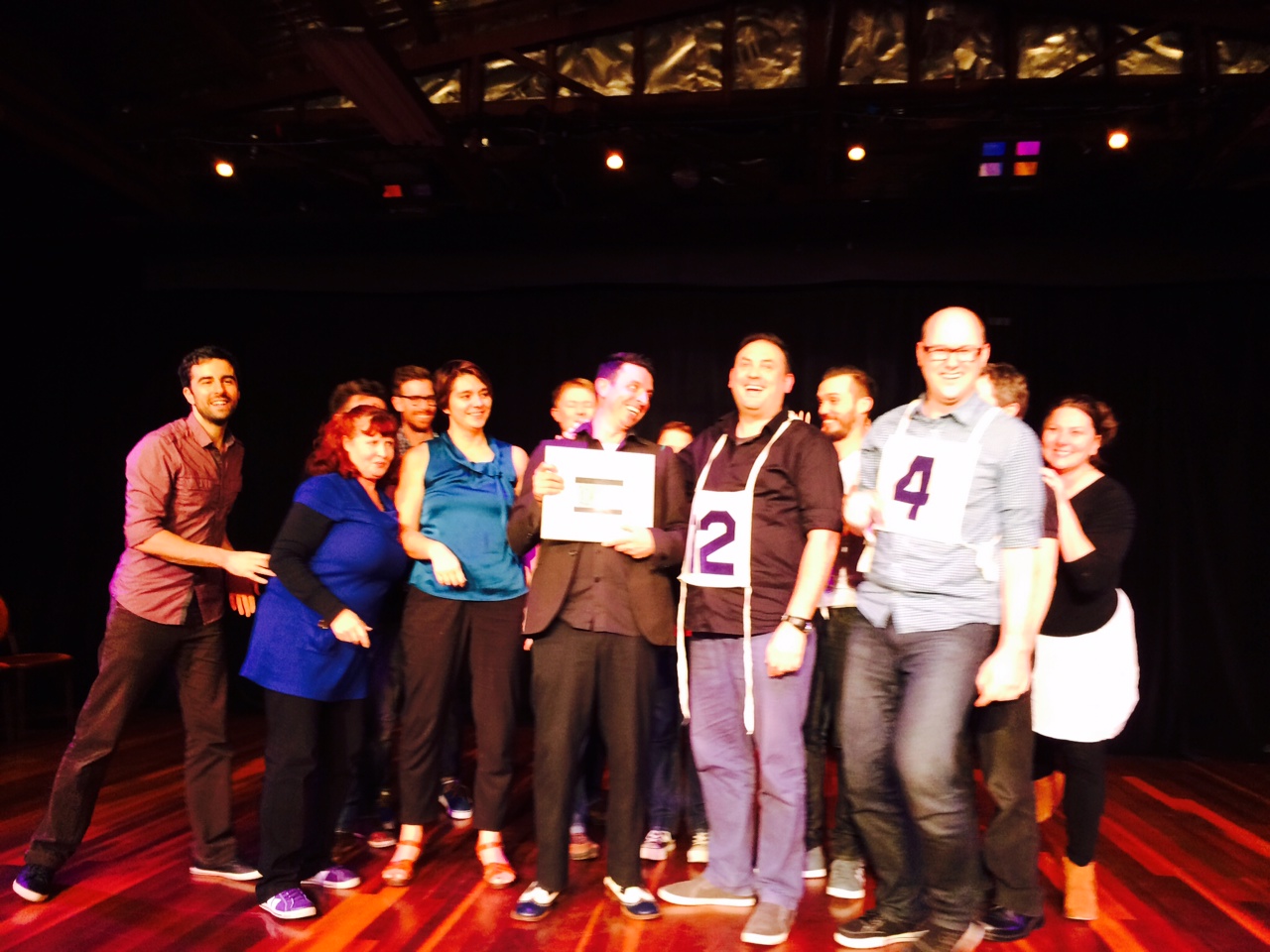 It refers to the kind of edge-of-chaos hive mind that is the heart and blood of improvisation. In Week Six Maestro, oh yes, the beast most certainly arrived.

The three old-timers planning a daring escape from a care-home with nothing more than a framed picture of Margaret Thatcher and deep appreciation of pies.

The Good Cop/Bad Cop interrogation scene where one performer was both cops… and the schmuck they interrogated. (Turns out his real crime was a penchant for precision low blows.)

The nun who won Eurovision.

The vaudeville routine about chairs that involved a clear overabundance of standing.

The debut of the unpublished Mamet manuscript, “Go Fudge Yourself.”

The bodyguard who took his job literally.

The bus stop that wasn’t a holy portal, and the directors being told, “No, shut up,” when they suggested it might be.

And finally, Rik Brown sweeping his third Maestro for the season with a solo song teaching our musician Dan the relationship between spatial awareness and superfluous Mozartian flourishes. Dan very nearly won Maestro himself. “Hit it! No… no… Hit something else!”

But none of it really captures the living, breathing, edge-of-seat monster that Week Six was.

Week Seven promises to be something special, because ladies and gentlemen, oh yes, the beast has arrived.