Anna Renzenbrink took the Maestro™ championship in our final show of our first season of the year! Coincidentally, she and the director of our Maestro™ season, Jenny Lovell, are now co-starring in an impossibly delightful show in the Melbourne International Comedy Festival. 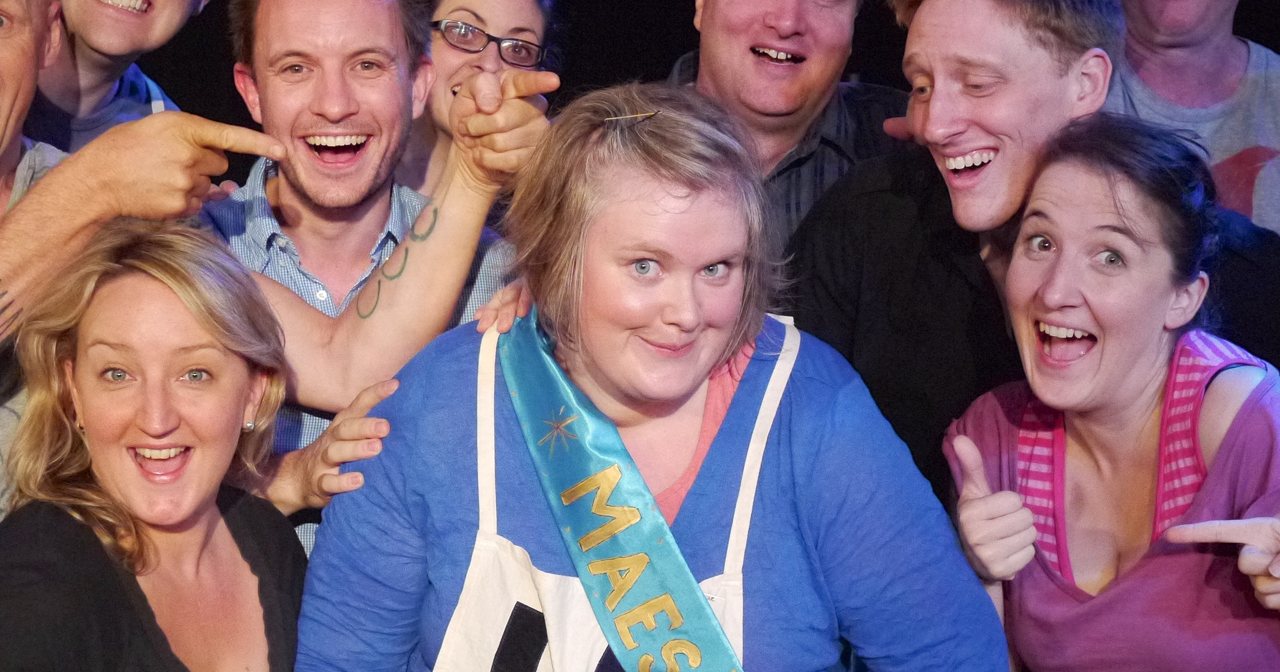 With our hugely popular Maestro™ season behind us, the Melbourne International Comedy Festival is now in full swing! As usual, Impro Melbourne has plenty on offer: Late Night Theatresports™, an adults-only take on our family-friendly favourite reimagined especially for late night Festival audiences; Celebrity Theatresports™, our yearly gala where stars of stage and screen join Impro Melbourne players past and present for one night of fun and insanity (and lollies!); and The Fairytale Cookbook, our brand new show for kids (and kids at heart!) where the audience helps create an improvised fairytale never to be seen again!

But three shows aren’t enough to contain the stars of Impro Melbourne! So filled to bursting with creativity are they, that you can find them in no less than five other shows in the comedy festival this season! 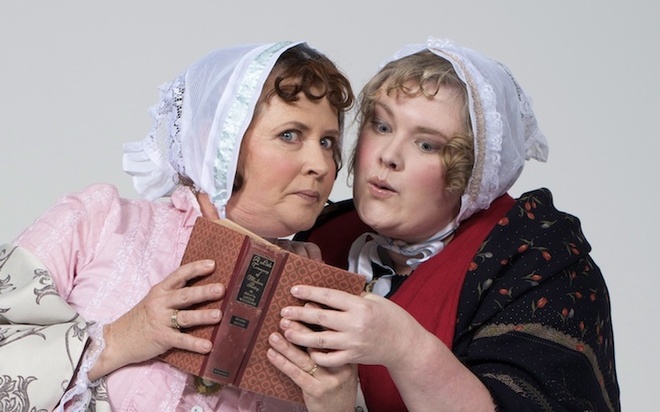 Take In The Parlour with Tilly and Flora, co-starring this year’s Maestro™ champion herself Anna Renzenbrink along with the director of our Maestro™ season, Jenny Lovell! Dedicated Impro Melbourne fans will remember that In The Parlour was originally created as one of the 10-minute formats in our first season of Duets in 2011. So popular were Tilly and Flora that they returned to appear again in Duets in 2012 (the only format to do so!). In taking this comedy of manners to the Comedy Festival stage, Jenny and Anna have expanded the concept (and with it, the tiny world inhabited by sisters Tilly and Flora Georgeson) to include guests (in some cases, gentleman callers—oh my!), many of whom will also be very familiar to Impro Melbourne audiences.

And while you’re out there, you should also check out (in no particular order) Jason Geary and Jimmy James Eaton in Sketch-ual Healing (hilariously intertwined sketch comedy from two masters of the artform), Lliam Amor and Amanda Buckley in The Increasingly Handsome Adventures of Earl Bircher and Other Tales of Adventure! (the silliest pulp adventure you’ll see this year), Victoria Healy (who else?) in Victoria Healy’s Anatomy (a blend of laughter and little-known facts about our icky bits) and Rama Nicholas in Death Rides A Horse (a fully improvised one woman spaghetti western musical).