Melbourne turned up the heat for tonight’s season opener of Maestro™—and so did Impro Melbourne founding member Lliam Amor, who walked away with the coveted framed $5 note! 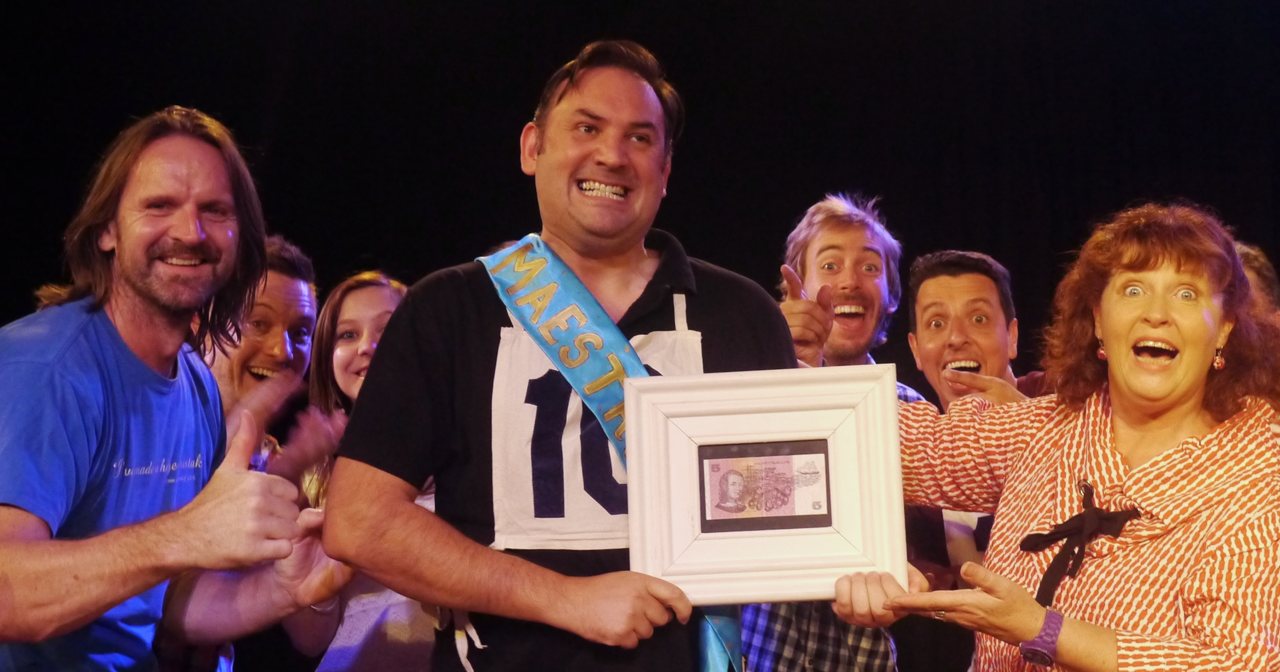 It’s no wonder he came out on top—Lliam was responsible for so many of the night’s stand-out moments. From the rusty android butler who was more of a father to a near-future family than their own flesh and blood, to the street balloon vendor who gave away all his balloons for kisses before recognising they were his true love, Lliam brought an irrepressible energy to every scene he played. But perhaps his most memorable moment was playing a grown-up man based on his real-life infant son’s present personality. “He hits his head a lot, and he can’t speak yet so he gets frustrated easily!” Lliam described it to the audience, before being informed by director Patti Stiles how that would factor into the scene he was about to play.

The match came down to a nail-biting tie breaker that saw Lliam matched against frequent audience favourite Rik Brown in a “most characters” scene, in which each player rushed around the stage donning different hats as they created as many new characters as possible, while still holding together some kind of story! In the end, both players were able to create 11 characters in the two-minute scene, but the audience voted clearly to name Lliam the Maestro™ for the night.

A huge thanks to everyone who came out for our season opener despite the heat! It was great to start the year with a packed house, and we hope you’ll return next Sunday night to The Space in Prahran to see who will be next week’s Maestro™!