Charlie Sturgeon is our Week 2 Maestro™

Week two of Maestro™ came down to a tie breaker between two of our guests from The Big HOO-HAA! Melbourne: Charlie Sturgeon and Emmet Nichols. 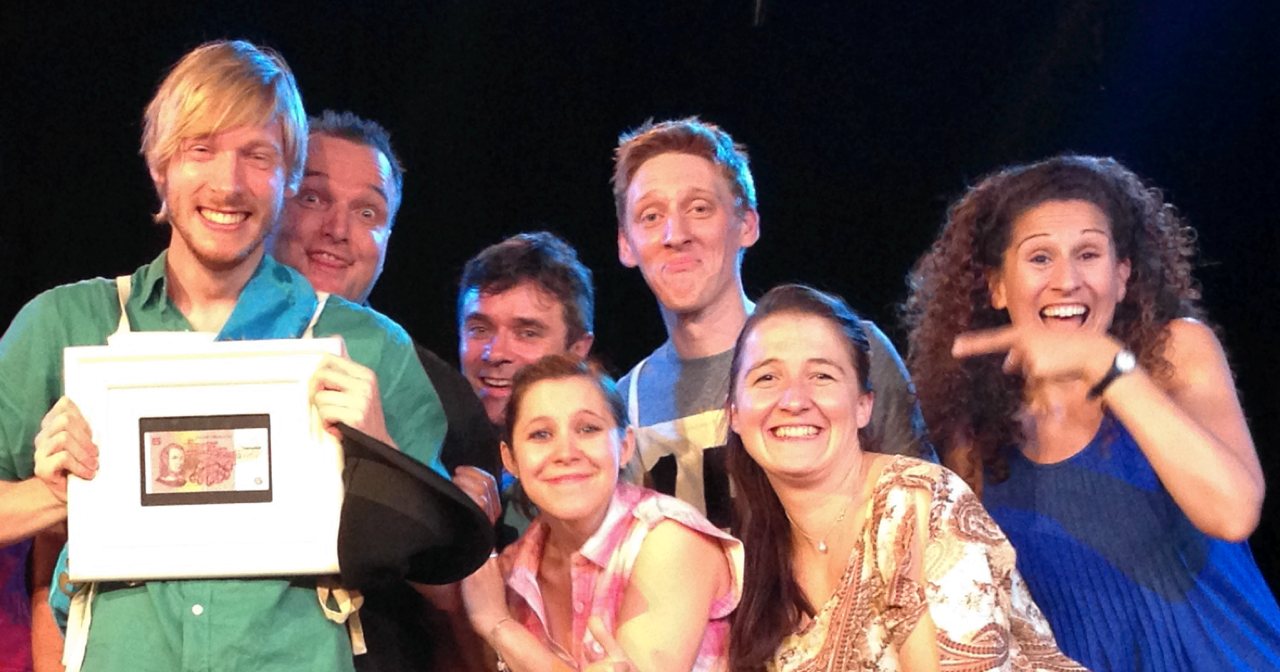 Charlie and Emmet are just two of the many talented Melbourne improvisors we have invited to be a part of our Maestro™ season. This week’s show also featured performers from The Impro Box and Exploding Heads Impro. It’s a Melbourne impro love-in! :)

But with due respect to all our amazing guests this season, our most special of special guests this week was the incomparable Bobbi Block (pictured in blue above). The Artistic Director and Founder of Tongue & Groove Spontaneous Theater in Philadelphia (USA), Bobbi came to Melbourne to teach a private Improvisation for Actors workshop for us. We loved playing with her so much, we couldn’t resist inviting her to play in our show. Bobbi has improvised professionally for many years, but this was her first time playing Maestro™!

Bobbi wasn’t the only one exploring new territory in this week’s show, however; our two finalists had a trial by fire too! With just Charlie and Emmet left standing at the end of the match, directors Jenny Lovell and Jaime Cerda had them fight it out for the Maestro™ title by means of a best-of-three Hat Game … a game the directors (and the audience) quickly discovered neither one of them had played before!

The Hat Game was invented by Keith Johnstone, who also created Maestro™ (not to mention Theatresports™). In a Hat Game, two players each wear a fedora hat loosely on their heads and play out a scene together, all the while trying to be the first to pluck the other player’s hat from their head. Hat games are always very tense, as the players perform the mental gymnastics to participate in the scene without forgetting to protect their hats! An experienced Hat Game player will often win by making an offer in the scene so compelling as to cause their scene partner to forget their hat. When this happens, the actual removal of the hat can be a casual, almost lazy move by the winner.

As Hat Game beginners, Emmet and Charlie were both on tenderhooks for the first round (set in an elevator). Charlie took Emmet’s hat in short order, and the second round (on a submarine) began. At this point, Emmet decided to play with the game, and left his hat wide open for many long seconds as he peered through the periscope with Charlie standing right behind him. Charlie reached for the hat several times, but didn’t quite take it. It just seemed too easy—it just had to be a trap!

In the end Charlie did take the hat, and with it the second Maestro™ title of our season, but by then he had treated the audience and his fellow players to a Hat Game like no other in recent memory.

See you this Sunday for week three of Maestro™ with directors Anna Renzenbrink and Merrilee Afton McCoy, both just back from touring their show Spider Dance at the Wellington Fringe Festival!