I am a better actor because of Impro!

Too many times as an actor have I been asked to “improvise” in a casting, in a self test, on set, on stage, or at dinner parties where your sister’s new boyfriend finds out you’re an actor and he demands that you perform something funny. All of those scenarios terrified me for differing reasons and whenever I would hear the word “improvise” my anxiety would sky rocket.

However, I also happen to be a sucker for punishment and wanted to explore this fear of improvising. So, I enrolled in the Spontaneity course at Impro Melbourne. Truth be told, I only ever saw it as a skill that could make me look cool at dinner parties and might help me be funnier than I already thought I was. I never thought about it as an ability to compliment or enhance my acting skills. I was wrong and severely underestimated the power of Improvisation.

At Spontaneity, I learnt some of the foundations of Impro. Some of the principles that I hold dear and practise daily, not just as an actor, but also a human are Listening and Happy Failure.

One of my greatest challenges as an actor is trying to keep performances fresh when you are repeating scenes night after night, or take after take. The advice I keep receiving from colleagues and directors is to just LISTEN to my scene partners to stay in the moment. Don’t get me wrong, this is great advice. However, Spontaneity taught me to listen on a completely different level. I took the previous advice as “listen to what my scene partner was saying and then respond accordingly”. Through Spontaneity, I now listen to and notice my scene partner with more than my ears. I’ve learnt to notice everything about them and take their intonations, their body language, and external factors as “offers”. Literally everything is an “offer” to be responded to accordingly.

Yes, being told to listen is fantastic advice but until Spontaneity (improvisation course), it was only advice. Impro Melbourne provided me with games and activities to actually practise listening, and these games were incredibly fun.

Happy Failure as a concept has given me the confidence to make offers, whether they’re good or not. As a theatre maker, my offers in a rehearsal room are often terrible but I’ve learnt that those terrible offers can lead to theatrical magic. Earlier in my career, especially when I’m daunted by the talent and experience of the other creatives in the room, I would avoid taking risks and making offers as I worried that I might look silly or unskilled. Through Happy Failure, I’ve discovered that the best and most experienced creatives put themselves in positions to take risks and love it when the other actors do the same.

I’m still a sucker for punishment, so much so that I went on to enroll in the other courses at Impro Melbourne, which have further enhanced my acting. I’m now a lot less scared at castings, in self tests, on set or on stage, and now my sister’s boyfriend is scared of me! The words “improvise” now excite me more than I had ever imagined they could. 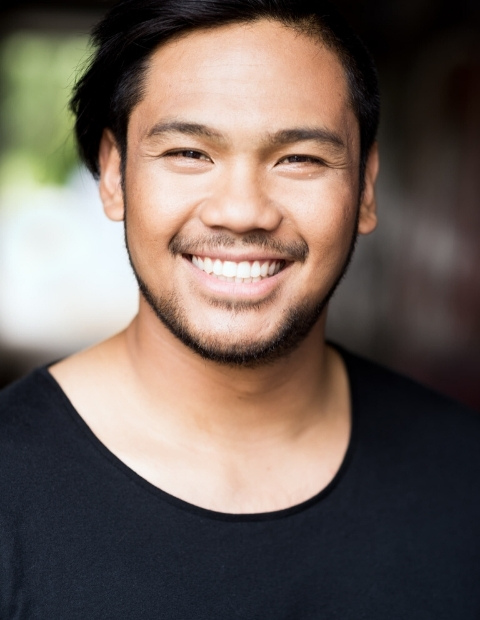