About Lliam
Lliam is an actor, improviser, director and graphic artist.

Involved in Melbourne’s theatre and television industry, performance highlights include his one man improv show: The Ronin, Samuel Beckett’s All That Fall, Theatresports, The Big Hoo-Haa, The Increasingly Handsome Adventures of Earl Bircher, The Jazz Age, The Rule of Three, It’s a Dad Thing, Late Night Impro and more. He was a founding member of Impro Melbourne and directed the award-winning sketch group The Wizard Sandwiches and Rob Lloyd’s The Heart Awakens. He has won the National Theatresports Competition twice as well as the Maestro Championship at the 4th International Improvisation Theatre Festival in Belgium.

On television, he has appeared in Fresh Blood, Neighbours, Underbelly, Thank God You're Here, Hawke, The Micallef Program, Micro Nation, You’re Skitting Me and many TV commercials.

How has improvisation added to your career or life?
Improvisation has been the cornerstone to my acting and comedy career. It has given me knowledge, friends, opportunities and experiences. I have lived the core principles in my every day, onstage and in the audition rooms. I continue to learn and grow with improv’s guiding hand at my back - but I am not so needy now. We live in separate rooms and share a kitchen.

What has Impro Melbourne given you?
It was an incredible company in which to fly and fail in equal measure. Always a welcome home of likeminded misfits. Here, I honed my craft – not only in performance – but also in graphic art. I designed all the posters and ephemera in those years and we stumbled along together trying to work out how to translate the spontaneous to a visual form.

Can you share a favourite Impro Melbourne moment?  Either on stage or off.
Performing with my friends every week and the laughter of surprise and delight is my blanket memory. More specifically: Twirling Eric Amber around in a wrestling move, driving Keith Johnstone to Woolworths to find Soy Cheese, improvising in gibberish German to a room full of Germans in Hamburg, Germany and directing my final season of Theatresports.

Any words of advice for improvisers?
Let go of the fear and the ego as quickly as possible – you will learn faster and become ten times stronger. Also – Hygiene. 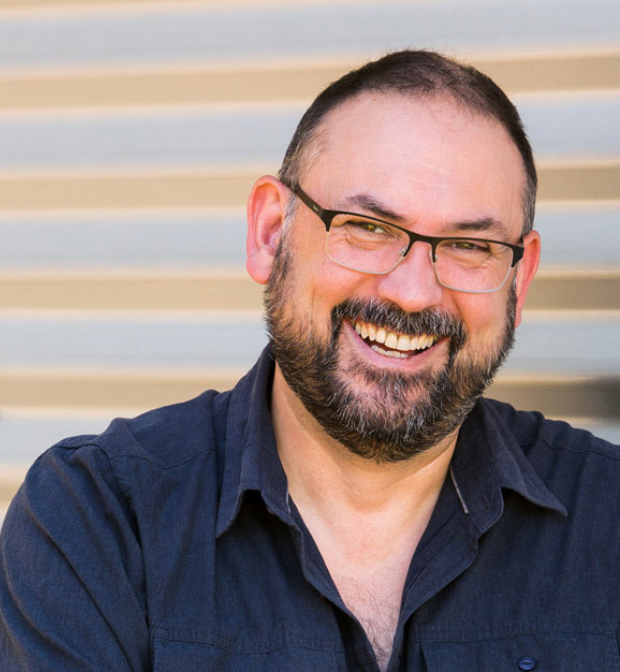